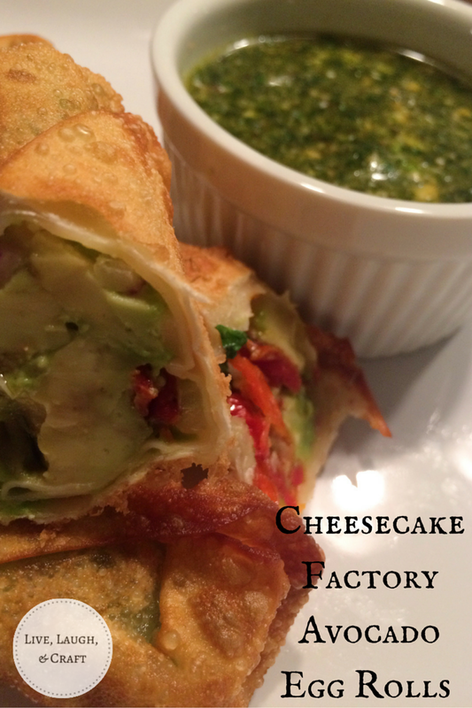 If you've been to the Cheesecake Factory and tried the Avocado Egg Rolls, this copycat recipe will not disappoint! The flavor is spot on!
Avocado Egg Rolls
4 avocados, diced
1 cup sundried tomatoes, diced (get the tomatoes that are in olive oil)
2 Tbsp cilantro, chopped
1/2 cup purple onion, diced
1/2 tsp salt
Egg Roll Wrappers
1 egg, beatenCombine avocados, sundried tomatoes, salt, cilantro, and onion in a medium size bowl, and be extra careful with the avocados while stirring! Place a couple tablespoons on the egg roll paper and roll up according to directions on the egg roll package. Fry until golden brown. Slice in half at an angle. Serve with cilantro dipping sauce.

Combine the cashews, cilantro, garlic, onions, sugar, oil, black pepper, salt, and cumin in a food processor or blender and pulse until the cashews and garlic are half the size of a grain of rice. Combine the vinegars, honey, and saffron in a microwave safe bowl and heat for about 1 minute. Combine with the cilantro mixture. Store dipping sauce in the refrigerator for at least 30 minutes before serving.

Step-by-step
Combine avocados, sundried tomatoes, salt, cilantro, and onion in a medium size bowl and be extra careful with the avocados while stirring!

Place a couple tablespoons on the egg roll wrapper and roll up according to directions on the package. 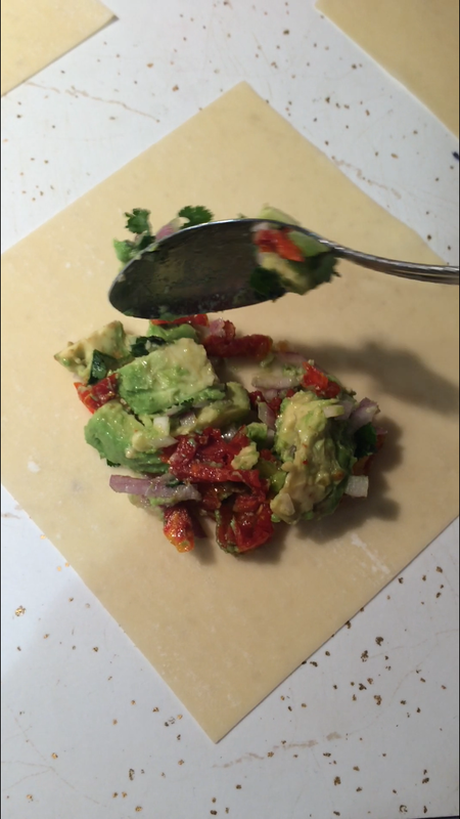 Beat one egg in a small bowl- you will run a line of beaten egg on the triangle of the egg roll paper to seal the egg roll shut. You can also use water, just add a little cornstarch to it. 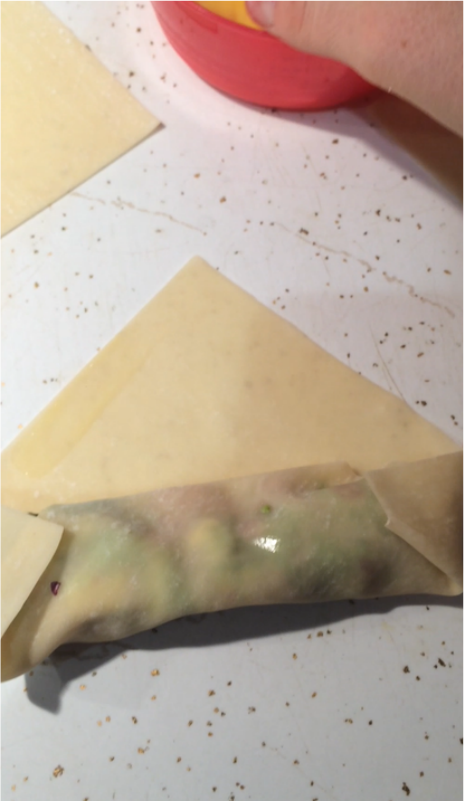 Once oil has reached correct temperature fry your eggs rolls until they are golden brown. 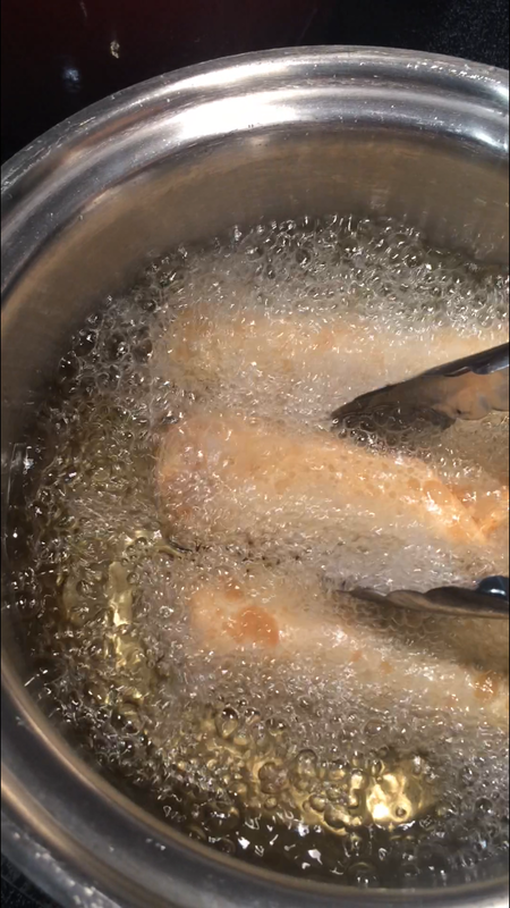 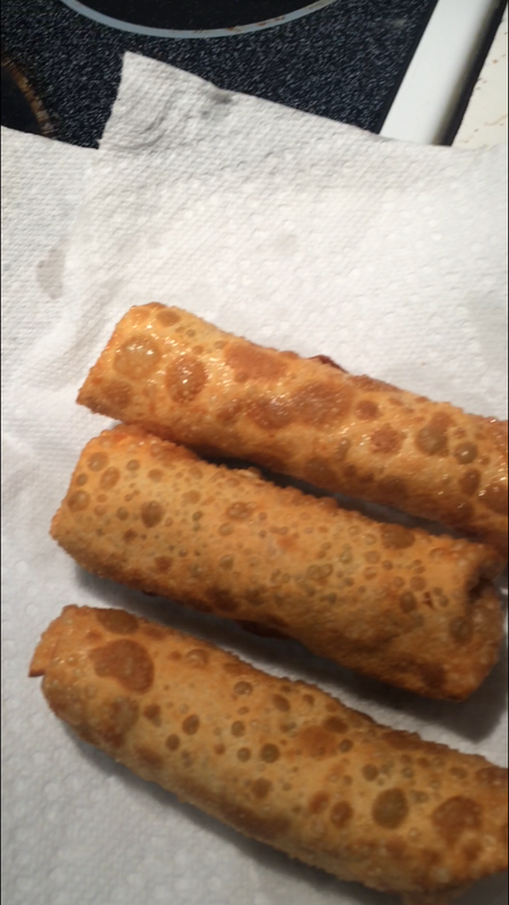 Cut at angle and serve with cilantro dipping sauce. Enjoy! 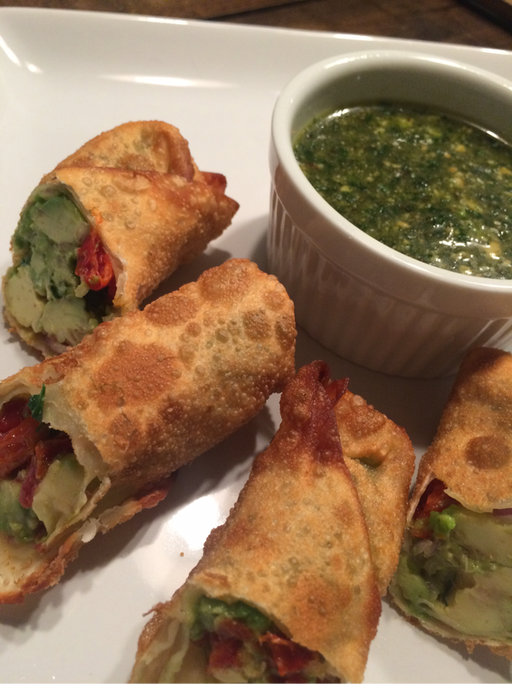